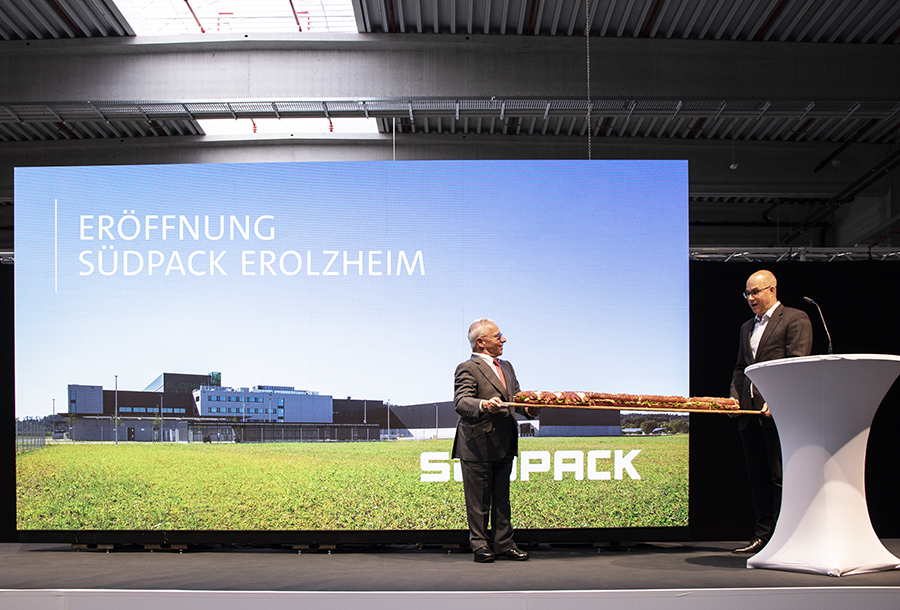 In a frame adapted to the current situation the opening of the new SÜDPACK production site in Erolzheim was celebrated on 6 October 2020 after two years of construction. After consultation with the regional authorities, the hygiene concept that had been worked out complied with the regulations for events. With the cutting-edge complex, SÜDPACK is not only significantly enhancing its production capacity – with the fully automated state-of-the-art logistic center, the film manufacturer will now also be able to more efficiently supply customers around the world. The buildings provide a usable area of 18,800 m², and the total investment amounted to roughly 40 million euros. Approximately 100 employees will work at the new site.

The construction of the new plant in Erolzheim, after the commissioning of the site in Schwendi in the middle of last year, clearly demonstrates SÜDPACK’s continued dedication to Upper Swabia. The company group has strong roots in the region, but is also well positioned across the world with seven production sites and 20 subsidiaries. In roughly 75 countries spanning all continents, customers use the high-tech films from SÜDPACK to manufacture packaging and technical products.

After two years of construction and a total investment of 40 million euros, the plot with roughly ten hectares is now home to a two-story production and warehouse building, a four-story office and staff building and a high bay warehouse measuring 27 meters in height.  All construction work, structures and systems for the technically demanding machinery meet the latest standards and also comply with demanding hygiene requirements. “Only then are we able as a leading packaging company to supply our customers in the food and medical product industries with packaging materials that comply with high standards of functionality and hygiene,” explained Erik Bouts, CEO of SÜDPACK.

The new site with roughly 6,700 pallet bays not only serves as a warehouse for mother reels – it is also where they are specifically processed for customers with the latest cutting technology. “With the commissioning of our logistic center in Erolzheim, we have been able to consolidate our various warehouses in one location, which not only improves the efficiency of the production and delivery chain, but also significantly eases the workload of our main plant in Ochsenhausen,” added Erik Bouts.

This is complemented by the town’s good infrastructure and most particularly by the direct transportation link between Erolzheim and the A7 highway. The ideal logistical location of the town means deliveries get on the road faster and to customers sooner – and that “we, despite our above average growth, will not lose our speed to market or rapid ability to take action.”

The fact that sustainability and ecological responsibility are lived in all of their facets at SÜDPACK is not only demonstrated by the construction work and logistics processes, but also by the film manufacturer’s commitment to a functioning circular economy. A pioneering step in that direction is the intelligent reusable material concept that has been implemented in Erolzheim. In this process, edge strips and other cutting waste are systematically separated, collected and subsequently recycled by undergoing the process of regranulation in the plant in Schwendi, which means the waste is processed into raw materials. These materials are then used to produce new, high-performance films. “We view these film scraps as a valuable resource that should not be wasted. That is why we recycle all of our industrial waste and can consequently close our internal loops,” summarized Erik Bouts. 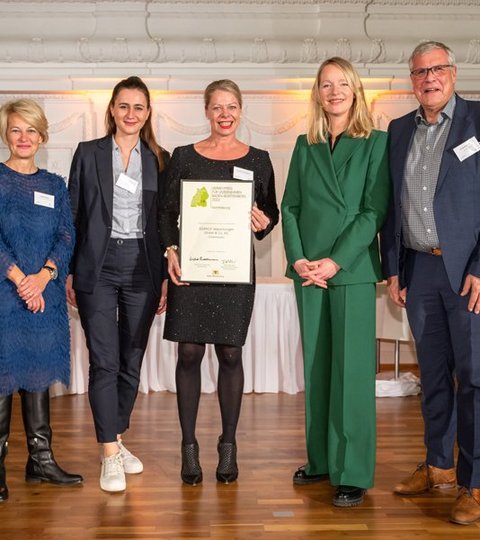 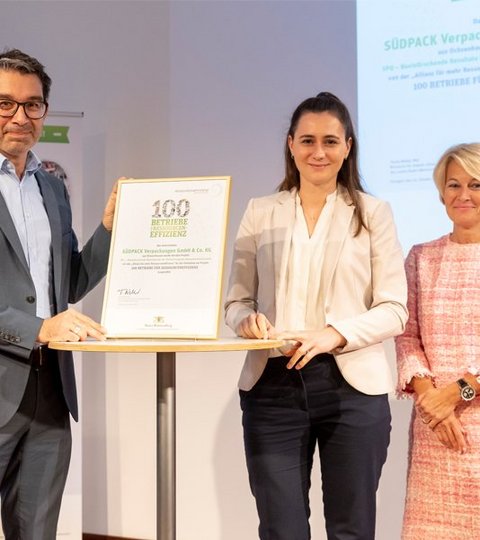